The nation is celebrating Navratri with joy and enthusiasm. These days as we celebrate the nine incarnations of Goddess “Durga”, we remember that a woman has an intelligent, powerful and a fierce side to her and she is not as weak as the society portrays. With this note, I bring you the story of a similar woman “Gulesh Chauhan” who is showing us that it is time to get past the gender stereotypes.

Usually, I get a cab from my Office but few days ago I got late due to some personal work and I am really glad I had to call an Uber. To my surprise, a lady driver shows up with a big smile on her face. She greeted me with a “Namaste” and started the ride. I was curious to know, how she decided to get into Uber? So, I asked her. 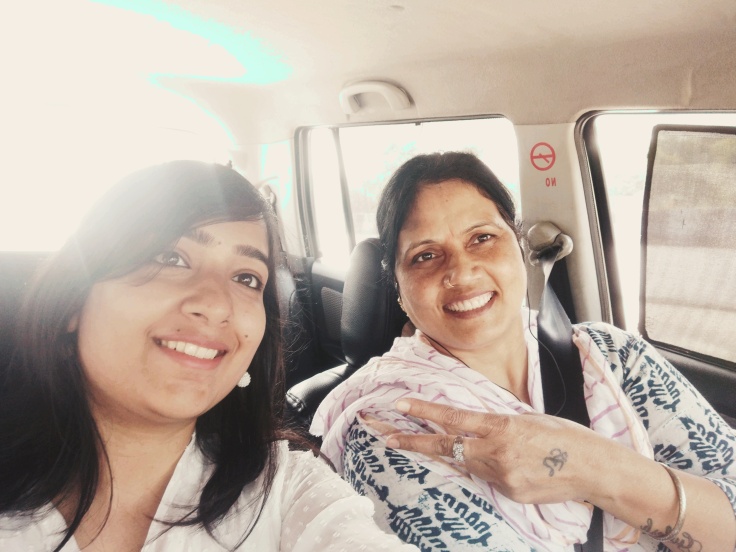 She told me that her husband died 15 years ago, and currently she has an eighteen year old child and a cancer ridden mother to take care of. To meet the expenses of her house, child’s education and mother’s treatment, she started with a catering business where she used to deliver meals on a scooty. The business was doing okay, then one day she met with an accident while delivering meals on her vehicle. The accident was so bad that she was bed-ridden for over 6 months. During this time her finances got so depleted that she felt completely helpless. She is just a matriculate (10th pass) from Rajasthan, so, she couldn’t get an elite job. But she had one talent, she knew how to drive.

One day someone suggested her to become an Uber driver. Everyone in her neighborhood called her names and discouraged her to become a driver. Some people showed concerns how will you drive sitting beside several men. Some suggested it was unsafe. She thought about it and learnt that the people who are giving her these suggestions won’t provide for her family. Even her in-laws abandoned her after her husband’s demise. So, she decided to get into the driver’s seat.

Initially she started as a private driver for an army personnel and later got registered as an Uber driver. I asked, “how has been her experience driving the car?” She told me that it has been 3 years, since she has been driving and she has met so many amazing people. It was one of her passengers who offered to pay the down payment for her “Wagon-R” which she proudly owns. For the rest of the amount, her application got rejected 5 times before she finally got a loan. She told me that she has gotten utmost respect and love from all her Uber passengers.

After becoming an Uber driver, she can earn so much that she can meet her monthly expenses and afford her son’s education. However, a lot of her income is going in the cancer treatment of her mother and she currently requires to deposit an amount of ₹ 50000 for her operation. Yet, when you meet her she always talks with a cheerful smile with no glimpse of despair in her voice.

She is an example to encourage more women to come out of the shadows, stand on their own feet and earn for themselves. To make sure that her smile remains the same and she doesn’t give up on her dreams and family, I am raising a donation for her mother’s cancer treatment. ( If you would like to contribute, please find the donation details on my Facebook page. Even a small contribution will help making her a life a bit easier).

To all other women who are feeling hopeless, dependent and miserable, “Gulesh Chauhan” is certainly an example to leave all stereotypes behind and move ahead in the life fearlessly. I salute her courage.

With this note, I wish all my readers a “Happy Navratri” and a “Happy Dussehra”.

2 thoughts on “This Navratri, let’s say Cheers to Womanhood!!”